Agriculturalist of the Year 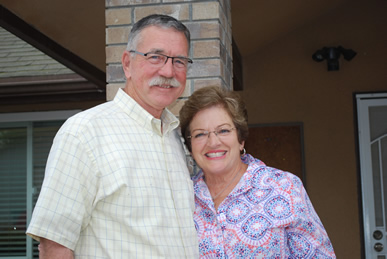 The Hester name has long been synonymous with production agriculture in Tulare County, having first been established in the rich soils south of Farmersville by J.E. (Ed) Hester in the late 1800s. Ed’s grandson Gary and his wife, Anne, continue to successfully farm in the region and will be recognized May 2 with the Agriculturalist of the Year award – the highest of the annual honors presented by Tulare County Farm Bureau.

Beyond the successful operation of Hester Orchards, Gary and Anne have longstanding leadership ties to Farm Bureau and other agricultural organizations, for which they received the FB Service Award in 1995. Amongst their leadership roles Gary was county President from 1986-1988, and both Gary and Anne were extensively involved in the formation of the youth leadership program and served as advisors to the class for many years. The couple have been long-time supporters of the education and scholarship trust fund, and the annual fundraiser that supports the programs of the charitable trust.

In recent years Gary and Anne are to be given credit for seeking a solution to the problem of walnut theft by organizing local nut growers, county officials, and law enforcement to work with the Farm Bureau on developing a county ordinance that would give greater protection to growers and help deter theft. Their leadership initiated a walnut taskforce to be formed, and developed an ongoing process for law enforcement to work with growers on this issue.

What does it take to conduct a successful family farming operation in these increasingly difficult times? Gary sees it as an ever-changing opportunity. They restructured their operations more than a decade ago with the sale of most of their own walnut acreage to concentrate on providing services – farming, hulling, sorting and drying – to other walnut and pecan growers.

Instead of railing against increased regulations for food safety being mandated by retailers and the government, Hester, ever the pragmatic and forward-looking guy that he is, can proudly say they have the only certified dehydrator for walnuts and pecans in the San Joaquin Valley. And they have the GAP (Good Agricultural Practices) and GMP (Good Manufacturing Practices) binders to prove it. The binders are kept current as documentation for third party examiners who audit their certification standing.

The Hesters, who will celebrate 49 years of marriage this December, work side by side in a ranch office not far from their home. There, they manage harvesting and hulling operations with long, hectic hours during nut harvest. It begins in September with the early walnuts through the later Chandler variety ending in November. By then the pecan growers are antsy to begin. But first, they have to transition the plant to accommodate the smaller nuts. This involves bringing in a crane to switch out an entire portion of the hulling and drying line.

Anne is busy during this period watching her computer monitor. An internal program shows the rate at which the nuts are moving through the line and when she must be certain there is a truck available to take the load to the nut processor of the customer’s choice. During the harvest and hulling season the Hesters double shift their crews which then total about 70 employees.

The Hesters are proud of their key employees – office staff and plant managers – and do not minimize their importance. Gary claims his success derives from surrounding himself with good people. And, while succession of farming duties skipped a generation with their own two sons, Bill and Scott, the Hesters are thrilled that both of Bill’s sons – Tyler and Trevor – have chosen to come on board. They represent the fifth generation of Hesters at the Farmersville ranch. 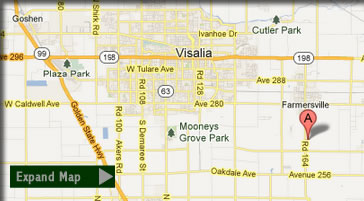